Child Safety is not so simple, and it never ends! 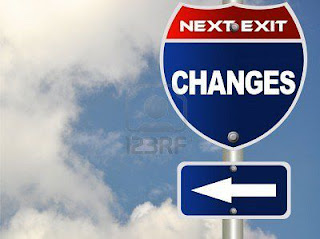 Once upon a time I wrote a child safety book. I must admit that I thought it was pretty brilliant at the time. I'd done some speaking to children on the subject of safety, and I remember I would just wrack my brain trying to think of every possible scenario so I could tell the kids what they should and should not do. But I know that is impossible, because Michaela had been through child safety classes, and we had discussed it at home, but nobody had ever thought of the exact scenario she faced ... if your scooter is not where you left it, don't go get it. The fact of the tremendous amount of training she'd received in child safety, and that omission, has weighed heavily on me, and I know that there are tons of scenarios out there that children could face that I haven't begun to imagine.

So I came up with the idea of teaching kids to "listen to your smart voice." This basically meant being aware in every situation, analyzing it, the pros and cons, and making "smart" choices. You know, if someone asks if you want to see their puppy, you take into consideration that if they don't have a puppy and are trying to kidnap you, then the results would be very, very bad if you went with them. And on the other hand, if they did have a puppy and you didn't get to see it, by comparison that wouldn't be so terrible -- you stood to lose a lot more than you stood to gain.

I suppose there may still be something to taking into account that relative balance, but the thing is that once I finished thinking I was brilliant for coming up with this idea, I started doubting it. Was I teaching kids to be smart and safe, or was I just simply planting the seeds of fear? Now you may say that a little fear is a healthy thing, and it is. It is true that a little bit of fear is a good idea, but I don't think it should be the central aspect of our lives.

I had all my own fears and paranoias when my kids were growing up. I'd had them before, but had done my best to keep them under control. After Michaela was kidnapped, however, I let those fears come roaming out of the closet and into the light of day. I did not let my kids run freely around town. I analyzed everywhere they went and everything they did, and if I did let them do something, I invariably mentioned my fears to them just so they'd know to be careful. But you probably remember a few years ago, Kelly Clarkson released the song "Because of You," and the lyrics stuck my heart:

And one thing I knew was that I did not want to do this to my children! If you could keep your kids locked away in the house, they would stay safe from most dangers, but what kind of life wouldthat be? What good would it do to live safely to a hundred years old if you never actually lived?

The thing is that child safety concerns don't end some magical day when your child turns a certain age. I remember after Michaela was kidnapped when I read "The Stranger Beside Me" about Ted Bundy. All his victims were young adults. In fact, as kids grow up, the list of possible dangers gets longer. You aren't just worried about them falling on the sidewalk. They are driving cars, going places, doing things. They are dating, and that gets to be more of a concern as they get older and the people they are dating are not friends from school, but relative strangers to them and everyone they know, even complete strangers they met at the club or coffee shop!

My own parenting style has been a mishmosh of crazy overprotectiveness and outrageous liberality. My kids are now all young adults, and all but one actually still lives with me, so I still get to inflict myself on them. I'm really proud of them actually. I can yell and scream and carry on at my 24-year old son over how stupid it is to go bike riding with his friends in the pouring rain in the middle of the night. And let me make this clear, I DO think it is stupid, and I can't say I'm proud of him for doing such a stupid thing, but I am proud of him for doing what he considers to be best for himself rather than being contained by my fears. If that makes sense. And every single one of my kids is like this, whether it's about bikes or cars or trips or even going out on a limb in personal relationships. They will listen to me, and I can get really outrageous in my tirades about what's safe and what's not, and they won't yell or argue or carry on, or get angry or upset, or defend themselves. They will smile and pat me on the head and do what they think is best for them.

And me, I have to sit back and take a deep breath, and exercise every bit of faith and trust that I have. I have to remember the path, that I believe there is a path, that I believe it's a good path. And I have to be really, really happy that my kids have grown to have strong, independent, and courageous spirits in spite of me, so that they can find and follow their own paths instead of staying on the sidewalk. Sometimes they might get hurt. But they will recover, and they will learn that when you get hurt, you do recover, and that will help them to have more courage, physically, spiritually, and emotionally. One day, these kids might grow up and want to have kids of their own, and they will need to have developed huge reservoirs of courage for that!

So anyway, the point of this is that I am deleting what links I may have posted to this child safety book, and if I can figure out how to do it, I just might pull the book altogether. But in the meantime, if you should come across it, remember that it's flawed. Sure we need to teach our kids to listen to their smart voices, but we need to teach them most of all to listen to their hearts. And those instructions are hard to put into a book.