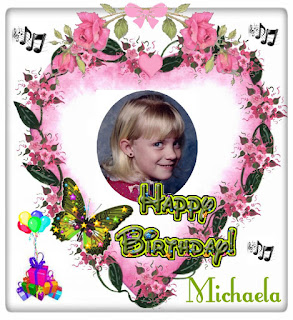 Tomorrow you will be 38 years old, and we will be celebrating your birthday for the 29th time since you were taken away from me. I'm writing today, though, because I am restless today but may be tired tomorrow, since I am currently recovering from surgery.

Last night I fell asleep for an hour or two, then woke up, reached over and picked up my phone, and ordered two of your favorite movies from Amazon prime video. Sleep shopping, not recommended, but they just came to me. An American Tail and The Boy Who Could Fly. Perhaps tomorrow I will watch them. Or perhaps I will not have the courage. An American Tail became almost a symbol for you after you were kidnapped, with the song, "Somewhere Out There." The Boy Who Could Fly is more foggy in my memory, except for the fact that you loved it, and that we met the boy who could fly, Jay Underwood, when he was shopping at a local grocery store when he came home to spend Easter with his family. I looked him up on the internet by the way. He is now nearing 50 years of age, still nice looking, but a bald, middle-aged man nonetheless!

Michaela, I have some news, which I have mentioned it here, and then I think I took it off again. I have another blog where I have been talking about it, but the fact is that I have breast cancer. Nana had breast cancer, years after you were kidnapped. I think I never really took the whole thing seriously myself. First of all, I figured I would be immune having breastfed so many babies for so long, and second, Nana misled me I guess. She made breast cancer look like a walk through the park. A lumpectomy and a few weeks of radiation therapy and it was gone. Because of all those things, it was something I took into consideration, and I had my mammograms, but perhaps not quite as often as I should have.

So now it turns out I have Stage III breast cancer. Let's put it this way, they found the cancer, and then every time they did a test they found more. They did an MRI and found it was much larger than what they had been able to see in the mammogram and ultrasound, and that moved it to Stage II. I had a mastectomy, and they found it in the sentinal lymph node during surgery, so they removed eleven more lymph nodes, and they found cancer in every single one. Next I see a medical oncologist, who will probably do a PET scan, and I have to admit, I am a little afraid. It's begun to feel like cancer is playing hide and seek with me, that whenever I catch up with it, it runs farther ahead and hides around another corner.

The type of cancer is invasive lobular carcinoma. This means that it originates in the lobules, which is where the breast milk is actually manufactured. It is the thing in me that nourished and nurtured my children that is trying to kill me. What is it I want to say here? It has a familiar feel. My love for my children has tried to kill me before, hasn't it? When I lost you, all that was so good and precious and treasured rose up and became something from which I could die.

But I didn't. And I don't plan to now, either. I remember when Nana was diagnosed with breast cancer, she thought it meant she would die, and what she told that her first thought was, "At least I will get to find out what happened to Michaela," although I know it was really more like, "At least I will get to see Michaela again," because really she thought it most likely that you were no longer alive. Me, I believe nothing, none of the above, except that there are things in this world yet for me to do. There is love to tend to, and love yet to welcome into the world. I am ready to fight for those things.

Well, it is your birthday now. This blog has been hard to write. I stopped and walked away and it took more than 24 hours to walk back to it. This morning I did watch The Boy Who Could Fly. How you loved that movie. It is a poignant little fantasy. I remember the tears and hope this movie brought you. In was a story of loss, and of the gifts loss can bring you. At the moment Eric's parents are killed in an airplane crash, he spreads his arms and pretends to fly ... only it's not pretend, When Milly loses her father, she moves in next door to Eric and he takes her hand and shows her how to fly. In the end, Eric is lost as well, the loss of an extraordinary person who leaves in his wake the gifts of courage and hopeto people whose hearts had been limping along before he touched them. And yet he is not dead, not as far as we know. He is simply gone, missing . As a mom who hangs onto the real world I wonder where he could be, how he could have survived on his own, but in the promise he left with Milly is the hope yet that he will return.

It is so much you, Michaela. I am so glad I watched it today. An American Tail I will wait to watch with your little nephew, Theo, once we are able to hang out again. I'm not able to pick him up while I am recovering from this surgery, which is really difficult because he lives with me so the temptation is constantly there.

There have been so many birthdays that have come and gone since I lost you. I think every word that could be said has been said, dozens of times. Do the words I love you or I miss you mean any less because they have been repeated so often? More than that, Michaela, I ache and grieve for the suffering you have experienced, and my helplessness to save you. The thing I have wanted from the moment you disappeared to this moment is just to hold you in my arms and whisper in your ear, "It's okay. You are safe." That I have not been able to do that has been like a death to a part of my heart and soul.

I love you, my child, forever and ever. I love you to a depth I cannot begin to reach. I will see you again one day, I know. Until then, I will just say it one more time.

I love you forever,
I'll like you for always (no matter what!)
as long as I'm living
my baby you'll be

p.s. If you want to keep up on the news regarding my breast cancer, you can find it at www.sharonnemethmurch.com. I started keeping another blog because I decided I wanted to keep this one dedicated solely to you. I sometimes post about my opinions or other things that some people may like and others may not, and I just don't want those things clouding anybody's image of you in any way.